Brandon, MB – The Brandon Wheat Kings have added ten new faces to the franchise, in one of the busiest hockey operations weeks in recent memory.

Eight players heard their name called in the WHL Prospects Draft today, following a pair of additions to the franchise in Wednesday’s U.S Priority Draft.

In a rare occurance, the Wheat Kings held a trio of first round selections in the WHL Prospects Draft, including #3 and #4 overall.

Both of those picks were acquired during the 2016/17 season as part of the packages that sent Tanner Kaspick and Kale Clague to Victoria and Moose Jaw respecitvely.

“We were in a very fortunate poisition this year,” said General Manager Doug Gasper. “Having that many opportunities for a franchise type player doesnt happen very often. In the past I was lucky to be part of a program with two first round picks, but never three.”

With the 3rd overall pick the Wheat Kings went to Alberta to take 6’2″ defenseman Charlie Elick from the Edge Academy.

Moments later, the Wheat Kings used the 4th overall selection to take Saskatoon native, Roger McQueen. McQueen is a member of the Saskatoon U18 Blazers, and has put up 20 points in just 17 games this season.

In his last season of U15 with the Saskatoon Stallions, McQueen recorded 87 points in just 31 games.

With the final pick of the first round, the Wheat Kings went back to Alberta, selecting forward Caleb Hadland from the Yale Hockey Academy.

In total, Brandon chose players from three provinces and two U.S states, and spread the picks out amongst one goalie, five forwards and four defensemen.

“Today we bring in a great blend of size, skill and players with high hockey IQ and compete,” added Gasper.  “Those are the intagables we value as a Wheat King and we want to keep that tradition of having those type of players in our organization going and I think we did that today.”

All players selected today are eligible to play a maximum of five games as an affiliated player this season.

“A complete player that leads by example.”
-Director of Player Personnel Chris Moulton

“A great combination of size and skill.”
-Director of Player Personnel Chris Moulton

“A goalie that shows up when his team needs him to make the big saves.”
-Director of Player Personnel Chris Moulton 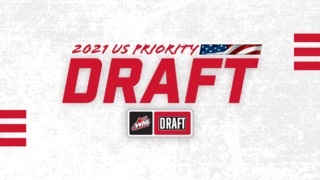 “Colin is a gifted goal scorer that has the ability to put himself in position to create offense every shift.”
-Director of Player Personnel Chris Moulton

“Ethan is a creative puck moving defenseman, that transitions the puck up the ice well and creates offense from the back-end.”
-Director of Player Personnel Chris Moulton